There are wrong things in the neighborhood - the nights are getting longer, and colder, and things prowl in the dark. They tap on windows with branches and slam shutters and shed doors. Adults and older kids don’t notice, but you do. You can hear the dogs barking and the cats yowling, and you know that something isn’t right.

You talk about it at recess, or pass notes during class. Other kids see it too, so you know you’re not alone. They’ve also seen the thing in the tree stretching out it’s long, craggy fingers towards your neighbor’s house; they’ve heard the child-like screams of a doe, fleeing in panic from the lights in the woods; they’ve smelled the foul rot out in back of the school where the old well used to be and heard the scratching from below.

The dark will try to draw you in - to eat you whole, make you fall from your perch, or drown you in the mud. It comes at you in the deep night, when the windows are left open to let the cool air in. It will come at your parents, your friends, your pets. So you must be brave; set out with sling and lucky coin, with books and wits. Keep them safe, if you can.

The Woods, At Night is a structured roleplaying game for 3-5 players that takes a few hours to play. One person will play The Darkness, the rest will play kids. It is a game about the fears of children and the bravery kids show in the face of those fears, real or not.

Play takes place in three phases as the kids scheme and head off into the woods to save their neighborhood.

A cool Stranger Things-esque game where you play a group of kids investigating what is lurking in the woods at night. The stats of each character are not represented by fixed numbers, but by dice ranges from d4 to d8. Bravery points allow a player to reroll; secrets give a player narrative control; and skills allows the player to upgrade their dice. The mechanics are simple to understand, and feels fun! The story is played via three phrases, starting with the rather harmless evening, to the perilous twilight, until the kids confront the deep dark in the end. I love the five pregenerated prologues that are included in the game, which set up intrigue and provide a sense of danger.

Oh woah, someone read my silly little game. Thanks for the review! 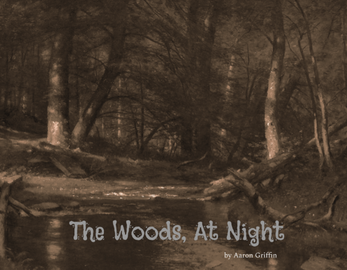